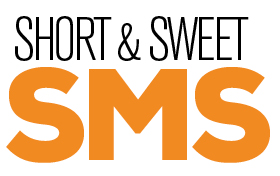 The flurry of action at this past summer’s Ontario Lacrosse Festival went far beyond the various arenas hosting the games.
Text messages—lots and lots of them—flew from organizers of the Whitby, Ont., event—which ran July 29 to August 7—to the mobile phones of fans, coaches, players, parents, referees and volunteers.
“We pushed out 175,000 text messages during their 10-day event,” says Rick O’Connor, founder and president of SMSnet. (SMS stands for short message service.)
The Newmarket, Ont., company has also provided group texting services for organizations such as Canada Snowboard and Swimming Canada. Using the firm’s TourneySMS platform and template, event organizers can manage and schedule outgoing texts from their own computers.
Event participants can subscribe to receive notifications about scores, schedules, venues, changes, weather delays and cancellations involving specific teams or games—all straight to their mobile phones.
Organizers can generate revenue for events by texting discounts to subscribers, or other offers from advertisers and sponsors. Users can unsubscribe at any time. (SMSnet doesn’t share mobile phone numbers or other subscriber information with third parties.) 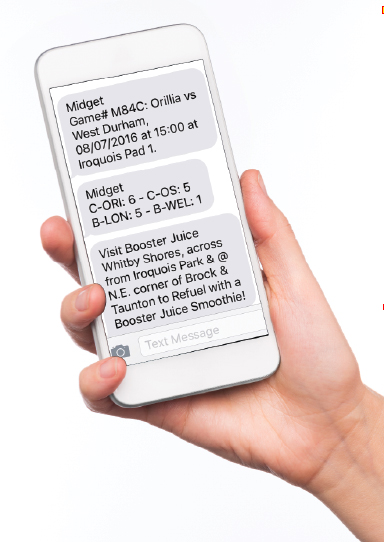 Texting might feel like a bit of a throwback compared to email, social media or apps, but O’Connor says SMS is often faster, cheaper and easier than creating or updating an event app.
“Text messaging is old school to a lot of people,” O’Connor acknowledges. “But it works better than an app in a lot of cases.”
Users don’t have to download an app which takes up space on their phone and may never be used after the event ends. According to a study sponsored by communications platform provider Checkmate, 90 per cent of smartphone apps are never used more than once.
A 2013 text campaign by the U.K.’s Silverstone auto racing track suggests the marketing potential of SMS. To boost ticket sales for the 2014 Formula One British Grand Prix, Silverstone sent a text to 45,000 fans in its database, including a link to order tickets. Silverstone says that single text generated a 680 per cent return on its investment for the F1 event.
Unlike emails, social media or event apps, SMS doesn’t require a data plan or Wi-Fi service. Texting also works on any mobile operating system, not just Android and iOS, and on older cellphones.
While SMS is definitely simple and affordable to use, “it’s very robotic. It’s not sexy,” says Michael Naraine, a PhD candidate at the University of Ottawa’s health sciences faculty.
“Texting doesn’t feel intimate whereas (using) social media feels like you’re talking to people,” says Naraine, who has authored numerous academic research papers on social networks and sporting events.
Naraine says another advantage of social media is the valuable data it generates regarding “where (users) are accessing you from, the hardware platform they’re using and key demographics like their age. Then you can get into things like targeted advertising.”
Although each communication channel has its own pros and cons, Naraine says every event organization must pose the same question before diving in: “At the end of the day, whatever platform or medium you’re using, you have to ask yourself why are we doing this and what is the intended goal or purpose?”