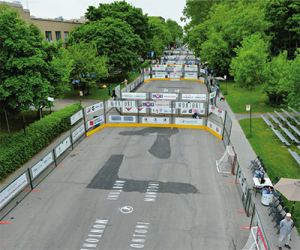 In addition to building outdoor ice rinks in disadvantaged neighbourhoods across Quebec through its Bleu Blanc Bouge program, the Montreal Canadiens Children’s Foundation (MCCF) also collaborates with the YM-YWHA to stage Hockey de Rue – Together For the Kids, an annual charity ball hockey tournament benefiting both organizations.

Hockey de Rue, the only ball hockey tournament in Quebec, encourages kids to stay active while having fun, aligning well with the MCCF’s mission to develop sports in needy neighbourhoods, and the YM-YWHA’s goal to encourage healthy living.

The YM-YWHA handles logistics, venue activities and volunteers. “For fundraising and sponsorship—the organization has 100 corporate sponsors—the YM-YWHA department runs the tournament alongside a committee of representatives from both organizations.

And because the tournament runs during NHL playoffs, organizers never know in advance which Canadiens players will attend. In 2016, Tomas Plekanec dropped by to watch games, talk to fans and pose for pictures, and former Habs, including Oleg Petrov and Sergio Momesso, played in the Legends game against staff from trendy Joe Beef restaurant, allowing organizers to capitalize on the local celebrity angle.

The $226,000 raised in 2016 was evenly split between the two organizations. The MCCF builds outdoor rinks with their share, while the YM-YWHA gives over $500,000 per year in subsidies to children and families that use its facilities. 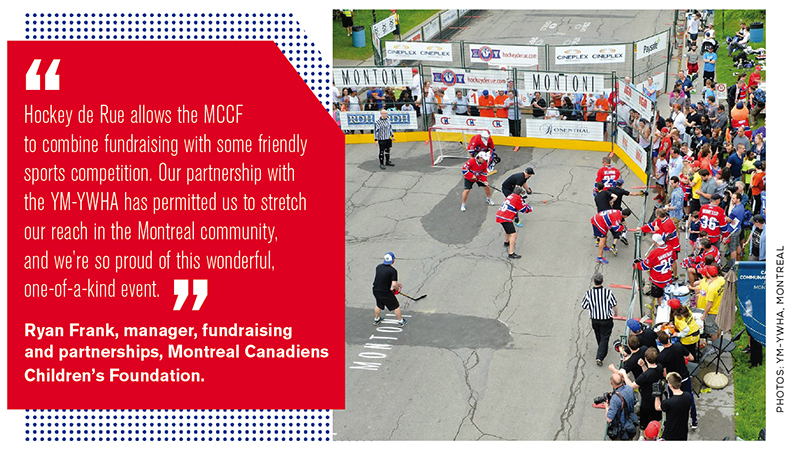 0 replies on “Hockey de Rue – Together for the Kids”