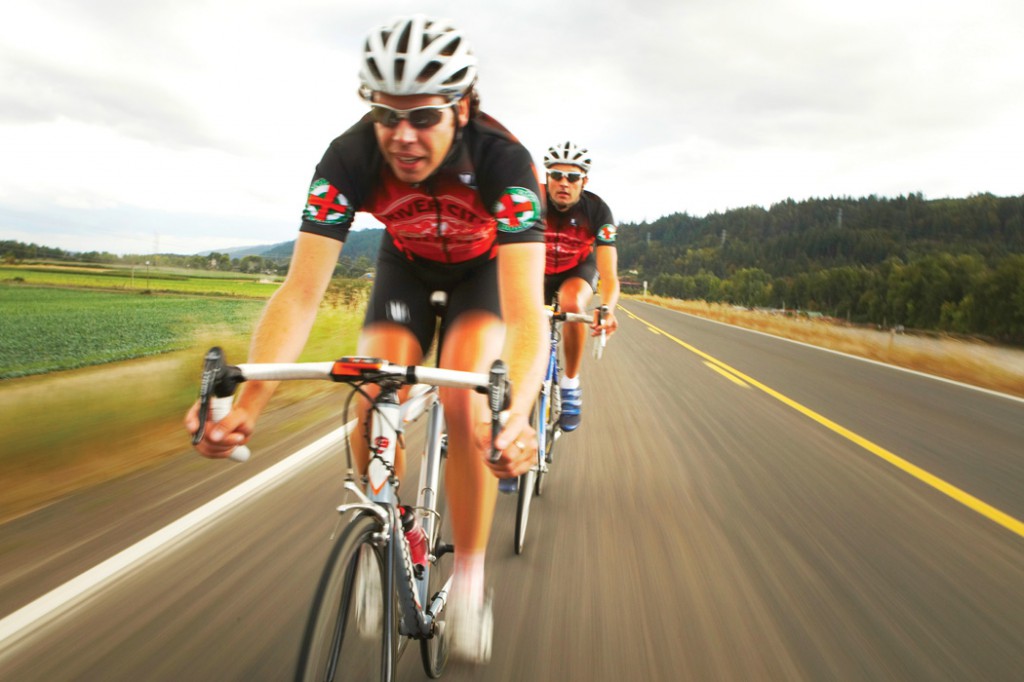 The City of Thunder Bay, Ont., is gearing up to host the 2016 Can-Am Police-Fire Games, a multi-sport event for law enforcement, emergency medical and fire services personnel and their spouses. Competitors and their families are coming in from Canada, the United States and Europe. Paul Burke, special events developer, Recreation & Culture Division, tells how the city is preparing for this prestigious event.

A team effort
In 2008, Thunder Bay City Council adopted a Sport Tourism Events and Activities Policy, and endorsed pursuing both the 2016 Can-Am Police-Fire Games and the 2011 Special Olympics Ontario Winter Games. (The city won both bids.) The city’s emergency services were highly involved in the Can-Am Games bid. The chiefs of police, fire, and emergency medical services all helped with the bid, and served on the local Games board of directors, Burke explains. Also involved and providing support: the Ontario Provincial Police, Correctional Services Canada, Canada Border Services Agency, and the Nishnawbe-Aski Police Service. The leadership was out in full force when representatives of the Can-Am Games Federation came to Thunder Bay for a site visit. And a delegation of 14 leaders, including Thunder Bay Mayor Keith Hobbs, travelled to St. Cloud, Minn., to make the final bid presentation.

“The city used every opportunity to demonstrate to the Federation how successful the event would be in Thunder Bay,” says Burke. “As part of the bid, we secured a major sponsor for our Games, the City of Thunder Bay tentatively committed to $115,000 in funding, and we unveiled a professional campaign for the 2016 Games. We made an impact.”

Events and Venues
Attendees will compete in 30 sports, social and recreational events including everything from archery, basketball, bowling and bocce ball, to cycling, darts, ice hockey, slow pitch and volleyball. There’s even a competitive event for SWAT teams, and a chili cookoff competition. The city’s Protective Emergency Services Training Centre will be the site of an auto extraction event, as well as feats of strength and skill to determine the toughest firefighter and paramedic. Lakehead University, Port Arthur Stadium, Port William Stadium and several other facilities around the city will host events. In all, 20 venues will host various Games activities. “It’s really a mix of Olympic-style sports and things that are specific to firefighters, police and emergency services personnel. And it’s a mix of competitive sports and recreational events,” Burke says. “Events like the triathlon or the Toughest Firefighter Alive might be very competitive, but then things like bowling or darts won’t be as competitive.” 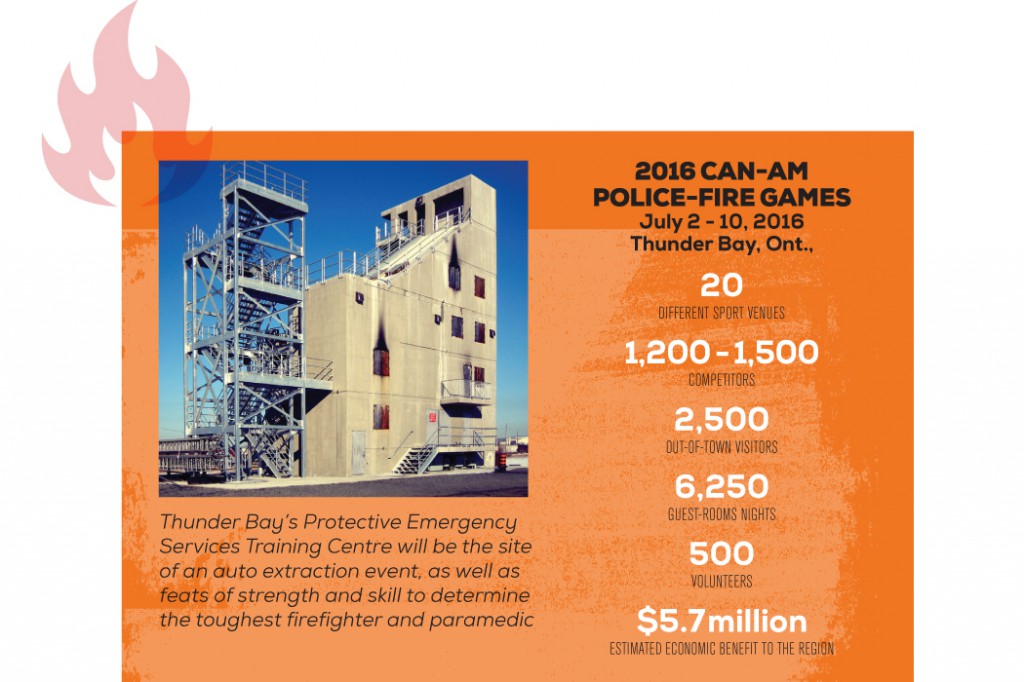 Bid Strategy
Thunder Bay takes a coordinated approach to pursuing multi-sport games, Burke explains. A committee of community sport and event experts helps the city evaluate opportunities. “Our approach is to host major games every two-tofour years,” Burke says. “When we bid, we form a committee to complete the bid and deliver the event. We don’t bid as much as some other communities, but when we do, we do it really well.”