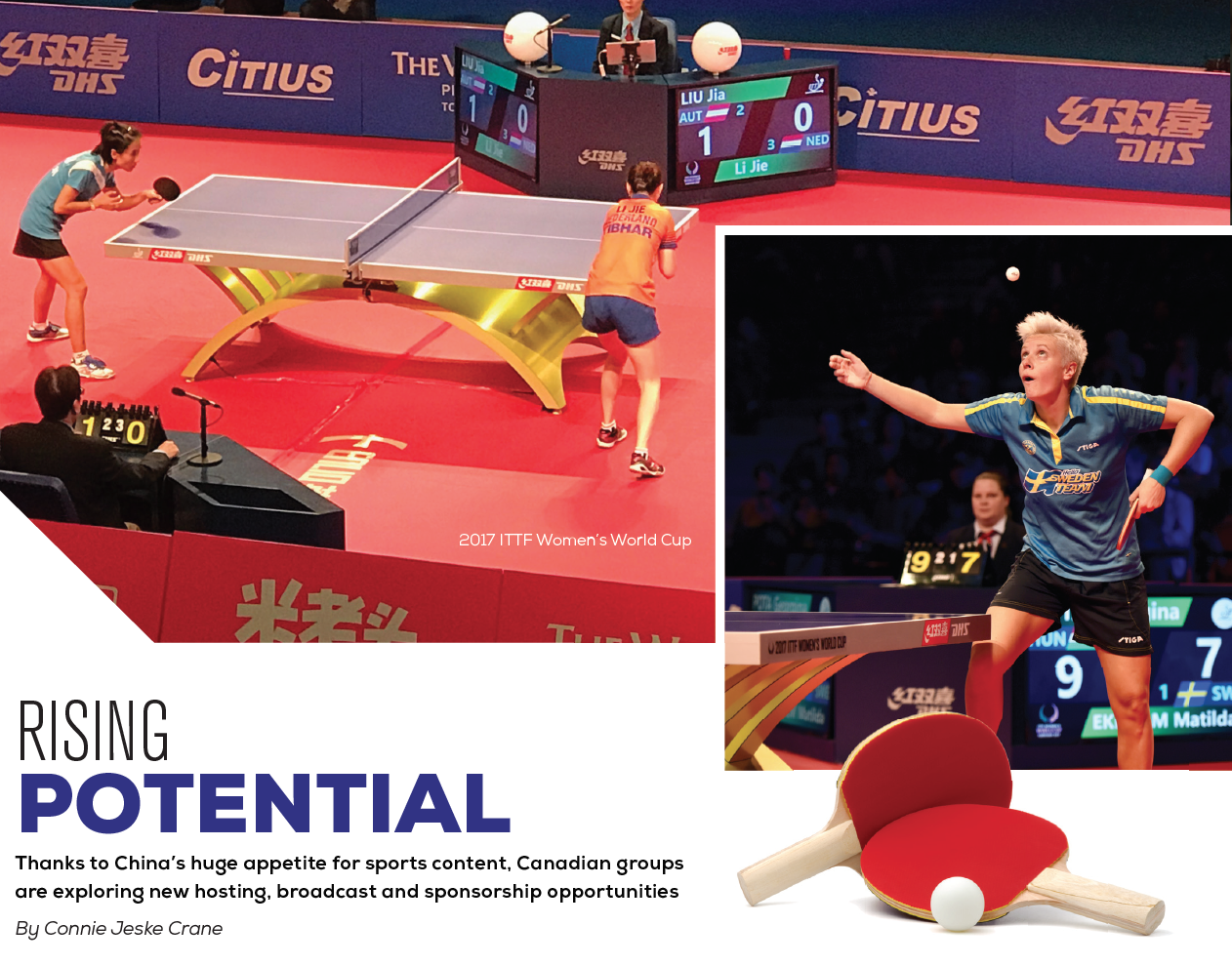 Good outcomes to be sure. Yet TTCAN’s CEO Tony Kiesenhofer cautions about inherent challenges. “It’s not the by-the-book sport marketing thing.” Given teams like the NHL’s San Jose Sharks are consulting Kiesenhofer on his China strategies, we were curious about what advice he’d give other Canadian sport organizations. Here’s what he told us:

Evaluate your appeal to Asian audiences

Kiesenhofer notes that attracting support is very much tied to whether your sport has a traditional following and/or emerging fan base in China. Sports traditionally favoured in China, for example, include track and field, soccer, basketball, table tennis and badminton. But today, sports like hockey are making gains with Chinese audiences, prompting both the NHL and Canadian hockey equipment manufacturers to eye the Chinese market.

On the Canada side, as seen with the CWHL, offshore sponsorship can give a huge boost to smaller sport bodies, while destinations that host international tournaments may reap new economic benefits. Kiesenhofer estimates the Markham event netted $200,000 in Harmonized Sales Tax (HST) from related spending.

In sports where they dominate, Kiesenhofer says the Chinese want to deepen the field “to keep it interesting.” Sponsors want their logos before vast audiences in China. And notably, there’s support from the Chinese government, which in 2014 enacted a policy to increase sports consumption and aims, according to a Neilsen report, to build a US$813-billion sports industry by 2025.

With the Women’s World Cup, Kiesenhofer says, TTCAN wasn’t after Chinese TV coverage so much as visibility with the ITTF and the chance to prove Canadians could deliver a great event. It was also a bit of a test to see what kind of fan support table tennis has in Markham because TTCAN is trying to bring the professional league to the city.

Working with ITTF, Kiesenhofer says TTCAN took advantage of pre-negotiated Asian TV rights for the international tournament for a “relatively low” title sponsorship of US$100,000, which included 16 hours of exposure on Chinese TV.

He also worked closely with his counterpart at USA Table Tennis, the Chinese sport federation and the event’s title sponsor, Uncle Pop, a Chinese snack supplier with Vancouver ties.

To win over ITTF members and potential Chinese sponsors, the TTCAN team worked hard to demonstrate their enthusiasm and ability to host a tournament—arranging press conferences, tours of Markham’s Pan Am Centre and meet-and-greets with multiple government representatives. Crucially, Kiesenhofer says, TTCAN’s team included a Chinese-Canadian cultural advisor. In the end, several sponsors doubled their commitment, which boosted sponsorship to $400,000. 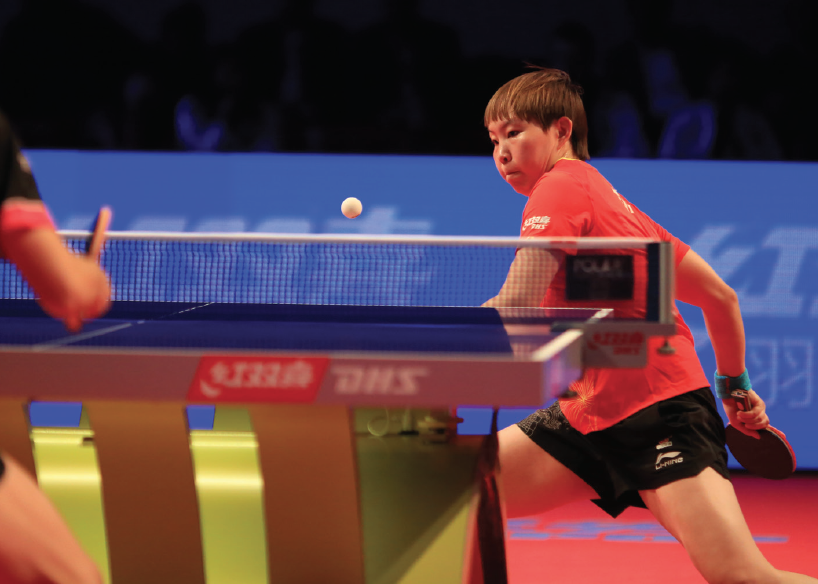 Kiesenhofer measures event success variously: capacity crowds, a quality venue and organizers’ responsiveness, such as adding extra security for Chinese players who are megastars at home. “People were mobbing them,” Kiesenhofer says. Sponsors got value through well-placed branding, including an LED wall around the court, plus product promotion during press conferences.

Build on your successes

Kiesenhofer notes he and his U.S. counterpart are planning more events in the U.S. and Canada and that the ITTF is signing a sponsorship deal with Uncle Pop for which TTCAN receives a pre-negotiated fee. He also says a burgeoning relationship with the Chinese has brought talk of joint annual training camps in Markham and more growth. 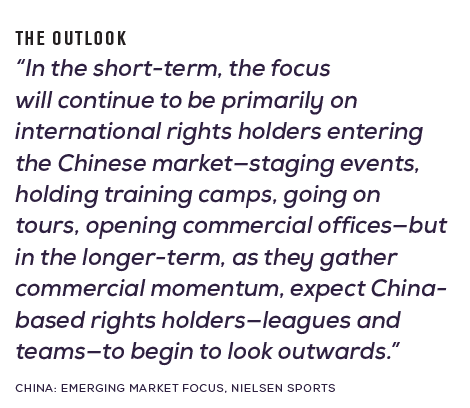