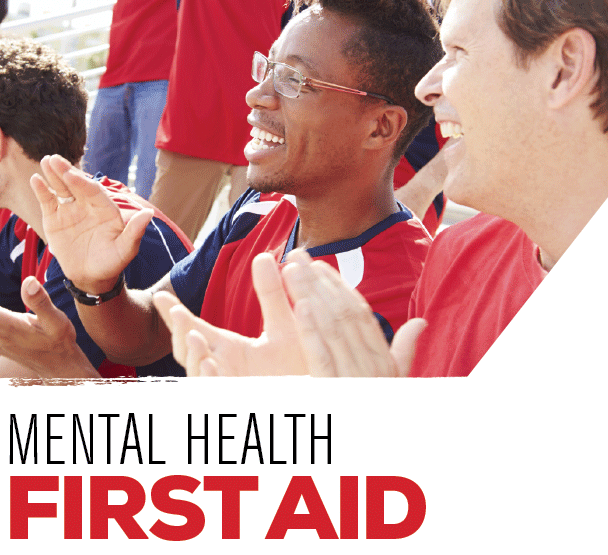 No major sports event takes place without first aid responders on call. They’re trained for physical health and safety emergencies, but could they respond in a mental health crisis? The emerging field of Mental Health First Aid training has been addressing that question since it originated in Australia in 2011. 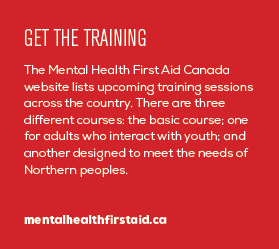 “In the past three years, we’ve experienced a growth rate of approximately 300 per cent; to date we’ve trained over 120,000 Canadians,” says Meaghon Reid, director of Mental Health First Aid Canada.
Mental Health First Aid training prepares participants to assist in crises such as drug overdoses, suicidal behaviour, panic attacks and psychotic episodes, by equipping them with simple tools for easing the situation and helping direct the person to an appropriate source of longer-term care.
“A lot of work is being done to de-stigmatize mental health issues; having more trained people can go a long way to providing people with the help they need,” says Rolf Wagschal, an athlete career
transition advisor with Game Plan, who has taken Mental Health First Aid training.
“We have so many support services surrounding the athletes these days, it only makes sense to deal with the mental health aspect,” Wagschal says, adding that the work of athletes like Clara Hughes, national spokesperson for the Bell Let’s Talk Mental Health initiative, has raised awareness about mental health issues. At major sporting events, “having people around who may be able to deal with [emergencies] is definitely a step in the right direction,” he adds.
“We are huge advocates of physical first aid,” says Reid. “But a number of people have told us ‘I’ve never once had to use my physical first aid, but I use my mental health training on a weekly basis’.”