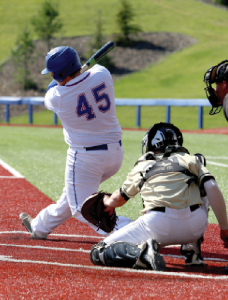 Despite the challenges, the Regional Municipality of Wood Buffalo community and Baseball Canada pulled together to host 10 teams with 240 players, plus scouts, officials and parents (well over 500 out-of-town visitors in total), just nine weeks after residents started returning to the city.

The payoff was significant. “Hosting the Cup gave the community a sense of empowerment; a feeling of ‘we’re strong and we’re back,’” says Jodie Cooper, director of sports and recreation for the Regional Recreation Corporation of Wood Buffalo (RRC), and co-chair of the Baseball Canada Cup organizing committee. The event was a partnership between RRC and Fort McMurray Minor Baseball Association.

While Fort McMurray’s post-fire sports tourism strategy is under development, Cooper offers some of the lessons learned as the community continues to rebuild.

0 replies on “Lessons from Fort McMurray”