Murphy tells how dedication and support for education, empowerment and inclusion is creating a sport culture where women and girls can be fearlessly female.
By Angela Kryhul 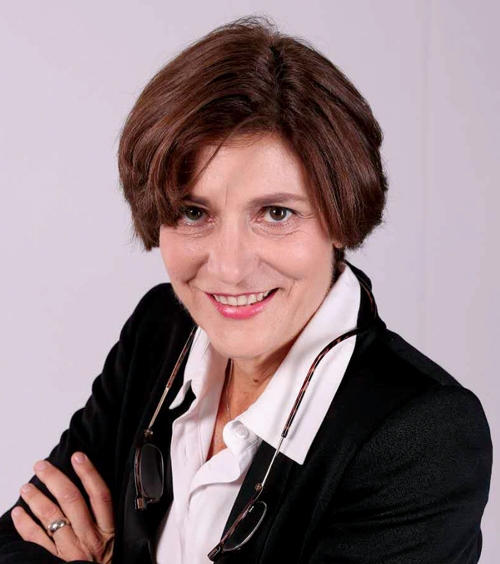 How did the team process the suspension of their inaugural season?
I coach empowerment, always looking at the glass half full. The opportunity to actually operate the bubble during COVID-19 was amazing and our new commissioner, Tyler Tumminia, worked like a dog to make it happen. To have been the first-place team going into the semifinals was just amazing. I think the players feel really good about what they did accomplish. I tell the players all the time, ‘you’re never going to be with this group of people and have this experience ever again in your life, so savour it, be grateful for it and do the best you possibly can.’

How does the team live its key values of education, empowerment and inclusion?
Education: Our message is that women belong in leadership roles in sports and they deserve to be compensated.
Empowerment: It’s about building people up not tearing them down, and it starts in the locker room with me as a coach and with the players treating each other with respect and humanity. With our fans, we try to empower them to have peer-to-peer leaders and role models that are women.
Inclusion: We want to include people’s opinions. So if someone says something that you don’t agree with, it doesn’t mean it’s wrong. It’s an opportunity for dialogue.

What’s so unique about the Toronto Six culture?
When I took this job, it wasn’t about hockey, exactly. It’s about growing a conversation, growing a sport and it’s about growing a business model that includes women. It doesn’t necessarily have to be a completely identical blueprint to men’s sports. These are the messages inside our pitches to sponsors… we’re representing a leadership brand for women through sports.

I think a lot of women and girls used to play hockey because they loved the locker room culture. Yes, they liked playing the game, but they liked being on the bench and being able to talk with their friends. There is usually a cutoff point… where they stop playing because it’s not fun anymore; it becomes more of a job and just being good at hockey. It becomes less about the social, but I know that you can do both.

When you look at what we’re trying to do, you’ll want to look at it through two different lenses. For me, the lens right now is what sport has looked like for the past 100 to 125 years. I’d like people to view women’s sports through a lens where women in sports have an opportunity to be different. I’d love to see women in sports not be afraid to be female.

What does 2021 look like for the Toronto Six?
I think once COVID is under control, as much as it can be, I’d love to see the arena sell out every time we have a game and for us to continue to grow the Twitch broadcasting platform. The biggest challenge is to fit women’s sports into the men’s sports model for monetization. I’d like to see our monetization model grow faster and maybe see sponsors open their minds to potential, and not just transactional situations. We need sponsors to bet on the people—the women—in the sports.

The Toronto Six debuted in 2020 as the NWHL’s first Canadian expansion team. The league gathered in Lake Placid, N.Y., in January 2021, to play a condensed season. When COVID-19 was detected in the bubble, the Isobel Cup semifinals and final were rescheduled to March 26 and 27 at Boston’s Warrior Ice Arena. The Boston Pride took the championship and the Isobel Cup on March 27.

GET TO KNOW DIGIT MURPHY

Prior to joining the Toronto Six in April 2020, Digit Murphy helped the Kontinental Hockey League’s Kunlun Red Star organization build women’s hockey in China in preparation for the 2022 Beijing Olympics. Murphy has more than three decades of experience leading teams at Providence, R.I.-based Brown University and in the Canadian Women’s Hockey League (CWHL). She is the 2013-14 CWHL Coach of the Year and is in the Cornell University Athletic Hall of Fame. Calling herself a “mad scientist entrepreneur, constantly thinking of ways to recreate and energize new ideas,” Murphy’s many ventures include co-founding the United Women’s Lacrosse League as well as United Women’s Sports LLC.

In 2019, the NWHL signed an exclusive, three-year live-streaming deal with Twitch with the league receiving a broadcast rights fee. In addition, the league evenly shares all sponsorship and media rights revenues with players as part of an agreement with the NWHL Players’ Association. NBCSN’s national broadcast rights makes the 2021 Isobel Cup semifinals and final the first women’s professional hockey league championship to air on a major national network in the U.S.