Angela Kryhul: Tell us about a trend, opportunity or challenge that’s on your radar for 2017.

Darrell Cox: We’re thinking of hosting some track and field events in the Byward Market. What an experience that would be for the athletes and for spectators! You’re creating awareness of an event as well as showing what’s being done for the city and the rights holder.

Debbie van der Beek: We’re seeing similarities on the meetings and conventions side. For years now, hotels can’t just be hoteliers—they’ve had to set up skating rinks, offer city tours and create festivals. It’s interesting that sport events are not just sports now—you have to create an environment that more people want to be part of.

Angela: How are you building public awareness for your events?

Darrell: I’ve set a goal to work with local media to ensure they’re doing interviews with the local athletes who will be participating in events. We’re developing a series of cheat sheets all about the events and sending these to all of the media outlets and saying ‘here are the stories you should be covering leading up to the event,’ just to create that awareness and excitement and to get people out to watch.

Jackie Buckingham: When we put out the bid packages for our events, we’ve got a piece in it that says ‘tell us what the city can do for us in terms of advertising and promotion,’ because those are the skills and the resources that we don’t have.

Barb MacDonald: I think one of the big challenges is that you can’t rely on the traditional media to cover events. The pathway to get major media coverage of smaller events is that you basically have to be your own content provider until the media starts to pay attention. It’s quite a challenge. We have to be smarter about how we create our own content. It’s got to be professional, and it’s got to be slick.

David: I agree with you, but there’s also a time and a place for a Snapchat video shot on a phone. Why do we put Wi-Fi in a venue? Is it because the fans in the venue want it? Or is it because the fans that are not there depend on the fans in the venue to tell them about the event. If we don’t deputize the 10,000 ‘media’ who are sitting in our seats, then no one else will do it for us.

Jackie: Last year, some of the smaller sports pooled their resources with the idea of approaching the sponsorship market as a collective instead of as individuals. So we have, at the moment, five summer sports. We’re thinking of grouping ourselves at a festival or event for kids aged 13 to 15, and bringing in sponsors connected with the festival. We have started looking at places across the country where we can do this, possibly at the end of the school season. We would like to have teachers bring their classes to see and experience these sports. If it comes to fruition, it will be interesting.

Darrell: We’re looking at ways to pretty-up some of the [sports] facilities by asking the local hardware chains or nurseries to donate new fencing or planters for the entrances. We’re also advising some of the local sports groups not to go after the larger sponsors, but to talk to their local retailers. They might need to get 10 sponsors at $5,000 instead of one sponsor at $50,000. It’s more work, but it might be more realistic.

David: One of the things I’ve noticed is that sponsors would like to be able to point at something at an event or in the community and say, ‘This was better because we were there.’ That’s the kind of message I think will resonate with a lot sponsors, especially for those of us where our event’s impression count is not in the eight figures. For example, we have a partnership with Sage, which provides accounting and CRM software. Their activations are all about ‘the team behind the team,’ and how people behind the scenes [at sport events] can do their work better because of Sage. So, it’s almost like we’re living within their language with these new activations. Instead of telling them, ‘you must speak sports,’ we’re finding a way for companies like Sage to continue to speak accounting.

Rick: And it’s not just limited to corporate sponsorships. Even on the public sector side, you’re seeing a trend toward more social benefits in terms of making the community a better place from a quality-of-life standpoint, from a pride-of-place perspective, the ability to engage marginalized communities and recent immigrants. The social aspect of hosting events is becoming a lot more prominent from a public policy standpoint. No question about that.

CANADA ON THE WORLD STAGE 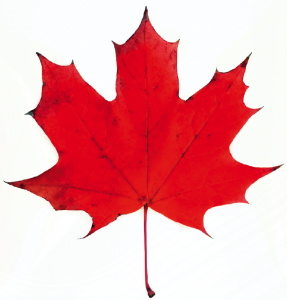 There’s a movement afoot to try to prevent Russia from hosting international sport events, especially those currently in the bidding process, according to Rick Traer who, as CEO of the Canadian Sport Tourism Alliance, markets Canada internationally as a preferred sport tourism destination.

Last December, Richard H. McLaren released his second report investigating allegations of doping by Russian athletes, which confirmed “an institutional conspiracy existed across summer and winter sports athletes who participated with Russian officials within the Ministry of Sport and its infrastructure… for the purposes of manipulating doping controls.”

“There’s a big question mark, and from an optics standpoint, as to Russia’s ability to host,” says Traer. “I think that could be a competitive advantage for a country like Canada, which offers some pretty outstanding infrastructure and organizational capacity as it relates to winter and summer sport events. And we are probably one of the most cost-effective places in the world because of the relative weakness of the dollar.”

0 replies on “Canada in 2017: Industry Roundtable”