Marijuana may be legal in Canada, but its use is still banned in sport.

When the Canadian government announced it would legalize cannabis on October 17, 2018, the Canadian Centre for Ethics in Sport (CCES) knew it had to step up its education efforts for competitive athletes who are subject to the Canadian Anti-Doping Program.

“We had always informed our athletes that marijuana was banned in competition in sport, and that when we did our testing in competition, we could be screening for marijuana,” says CCES president and CEO Paul Melia. “Now, we draw the athlete’s attention to the fact that even though marijuana may be legal in Canada, it is still not permitted in sport.”

To that end, the CCES added an FAQ section about cannabis on its website, along with a Cannabis in Sport Education Kit, slide deck and speaking notes that it encourages coaches and other parties to download for discussion with athletes. (cces.ca/cannabis)

Competitive athletes who test positive for cannabis use face potential sanctions that can range from a warning to a four-year ban. Awards and records can be stripped, even if the sanction is only a warning, according to CCES.

Canada is, of course, famous in Olympic history for when snowboarder Ross Rebagliati had his 1998 gold medal revoked when he tested positive for marijuana, then reinstated. The former threshold was 15 nanograms per millilitre of urine, which the World Anti-Doping Agency (WADA) changed to 150 nanograms in 2013. (Rebagliati’s level was 17.8 nanograms.) The Canadian Olympic Committee is responsible for athletes from the moment they sign an athlete agreement to be on Team Canada for the Olympic Games until the end of their participation. As such, their agreement requires them to abide by WADA rules and regulations.

Melia thinks that ultimately, not a lot is going to change with the legalization of marijuana.

“Maybe there will be a few more inadvertent doping violations for marijuana that we pick up because an athlete is not careful about their marijuana use in proximity to their competition. Our education is focussed on trying to prevent that,” he says. “I don’t imagine there’s going to be that much more recreational marijuana use among young people, and among athletes in particular, after the legislation than there is currently.” 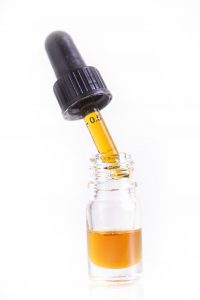 Cannabidiol (CBD) is a cannabinoid or chemical component of cannabis, often used in tinctures and capsule form. As of January 2018, CBD is listed as “exempt” on the World Anti-Doping Agency’s list of prohibited substances. Some athletes purportedly use CBD to treat anxiety, inflammation and sleep regulation. CCES’s take on it: “We would like to remind athletes that CBD oil often still contains some concentration of the banned substance tetrahydrocannabinol (THC). Therefore, the use of CBD oil is at an athlete’s own risk.”

Take the CCES quiz to check your knowledge about cannabis and sport: cces.ca/cannabis#anchor2

0 replies on “The Cannabis Question”