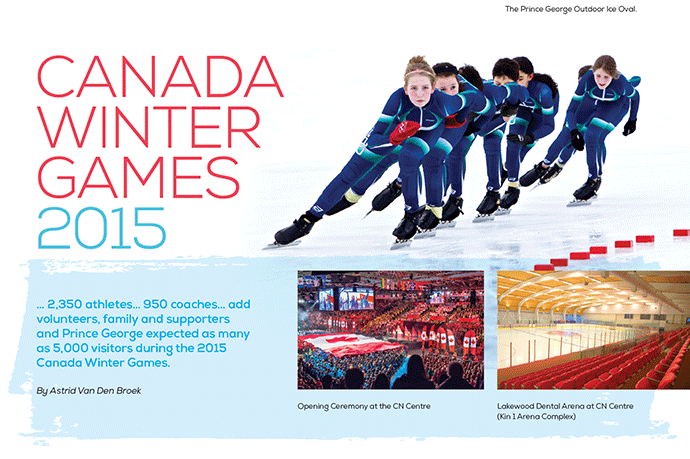 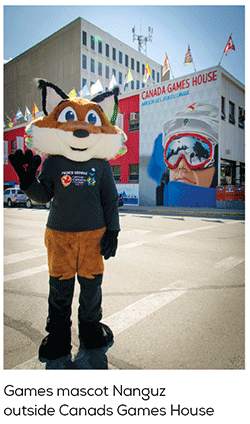 When you host one of Canada’s largest multi-sport and cultural events for the first time, you bring your A-game. For Prince George, that meant facility upgrades to some of the official venues located in this northern British Columbia city, starting with The Kin Centre arena complex (renamed Lakewood Dental Arena for the Games), which is home to the Kin 1, 2 and 3 arenas.

“We started with our rinks, so in Kin 1 for example, we tore it down to its base foundation and rebuilt it,” says Lyn Hall, mayor of Prince George. The $12-million upgrade to The Kin Centre included expanded seating, and improvements to the kitchen, lounges and dressing rooms.

Hall also notes the significant improvements to the Outdoor Ice Oval, where events such as long-track speed skating were held. “It’s not artificial so we’re left to the elements, but we’ve done some construction around there to specific buildings,” he says. “And we retooled the oval and worked on the surrounding areas for parking and for spectators.”

Other facility improvements for the Games, which featured 4,500 volunteers and is projected to have a local economic impact of $70 million-90 million, includes enhancing the city’s newly renamed Canada Games Plaza, as well as smaller improvements to venues for snowboarding, downhill and Nordic skiing. 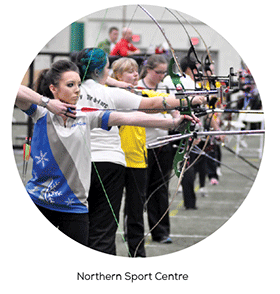 The Otway Nordic Centre, which hosted events such as the biathlon, saw a new biathlon range and penalty loop installed and course work done on the stadium and trails.

Tabor Mountain welcomed a new ski and snowboard cross course, and its aerials course was upgraded. A new alpine ski-racing course was added to Purden Ski Village. While local hotels made their own improvements, the city’s infrastructure saw a boost, too.

“We invest $6 million annually in snow clearing because we wanted to be prepared for any huge snowfalls. That was a big part of our infrastructure upgrades because access is important.” 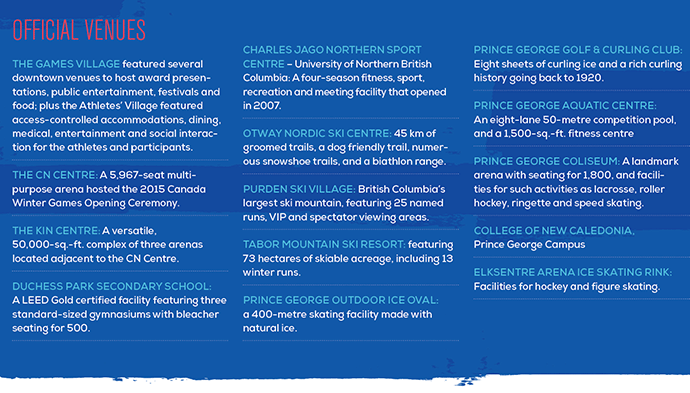