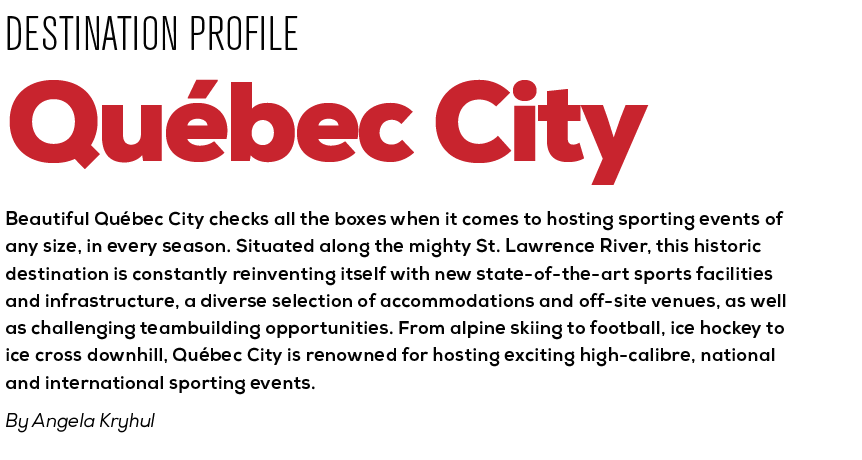 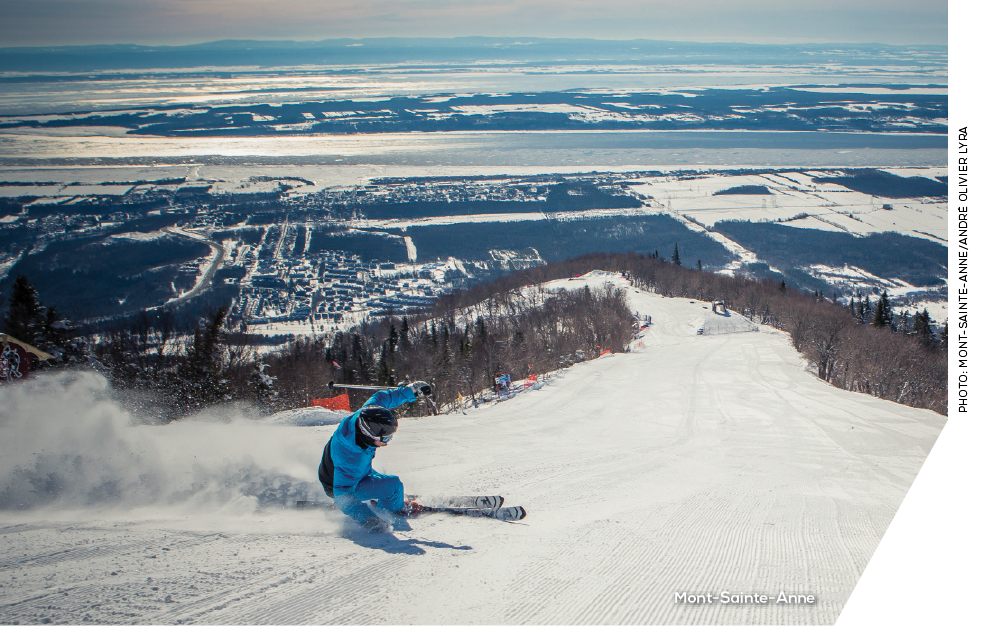 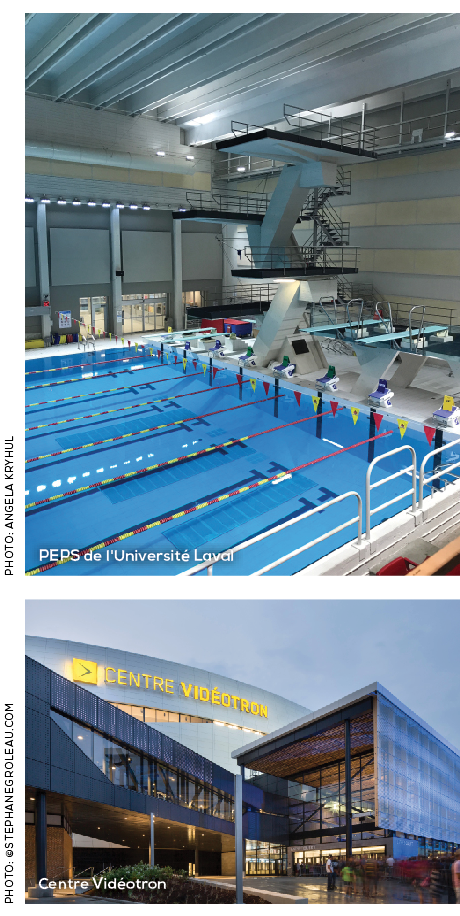 The 18,000-seat Centre Vidéotron opened in 2015 and is the second largest arena in the province of Québec. The Centre was designed to meet National Hockey League specifications and is a popular concert and major event venue. Among the facility’s many corporate lounges and impressive gathering spaces, the Bunker Suite is a unique ice-level VIP lounge featuring a huge window overlooking the corridor leading from the players’ dressing rooms to the arena.

Mont-Sainte-Anne is a renowned four-season sports destination. In winter, the resort is a must for downhill and cross-country skiing events. Each summer, the resort hosts the challenging Vélirium—UCI Mountain Bike World Cup competition.

Opened in 1939, historic CANAC Stadium is home to the Québec Capitales, a Cam-Am League baseball team. Recent improvements to the facility include a new synthetic play surface and a winter dome so that the property can be used year-round. 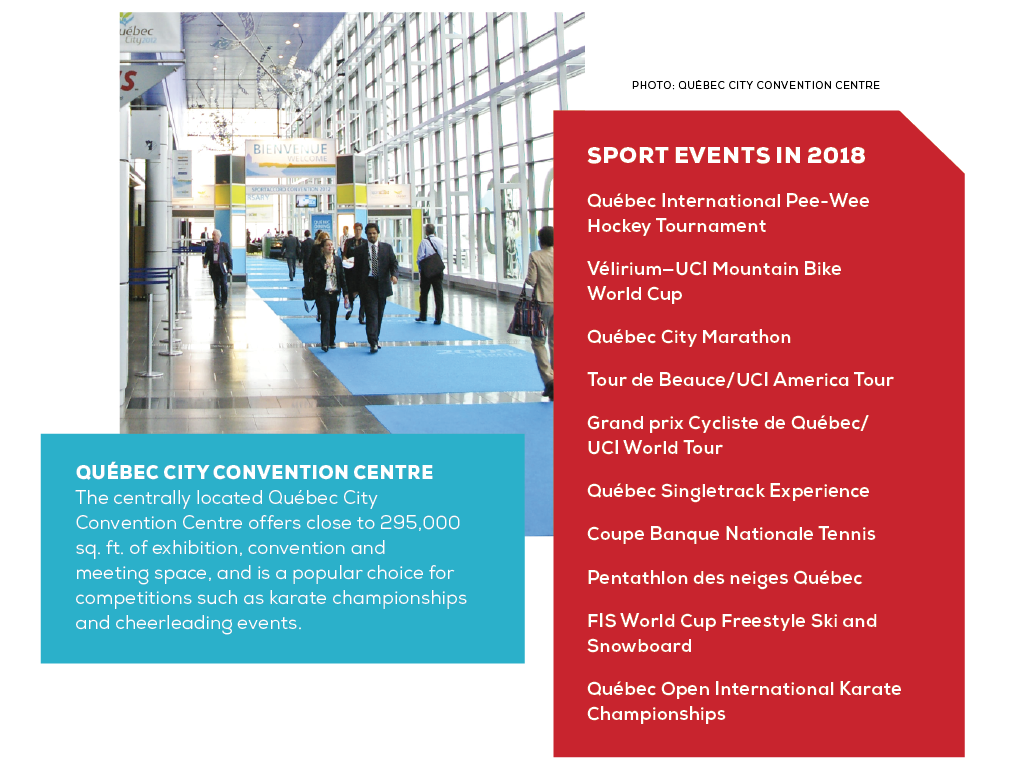